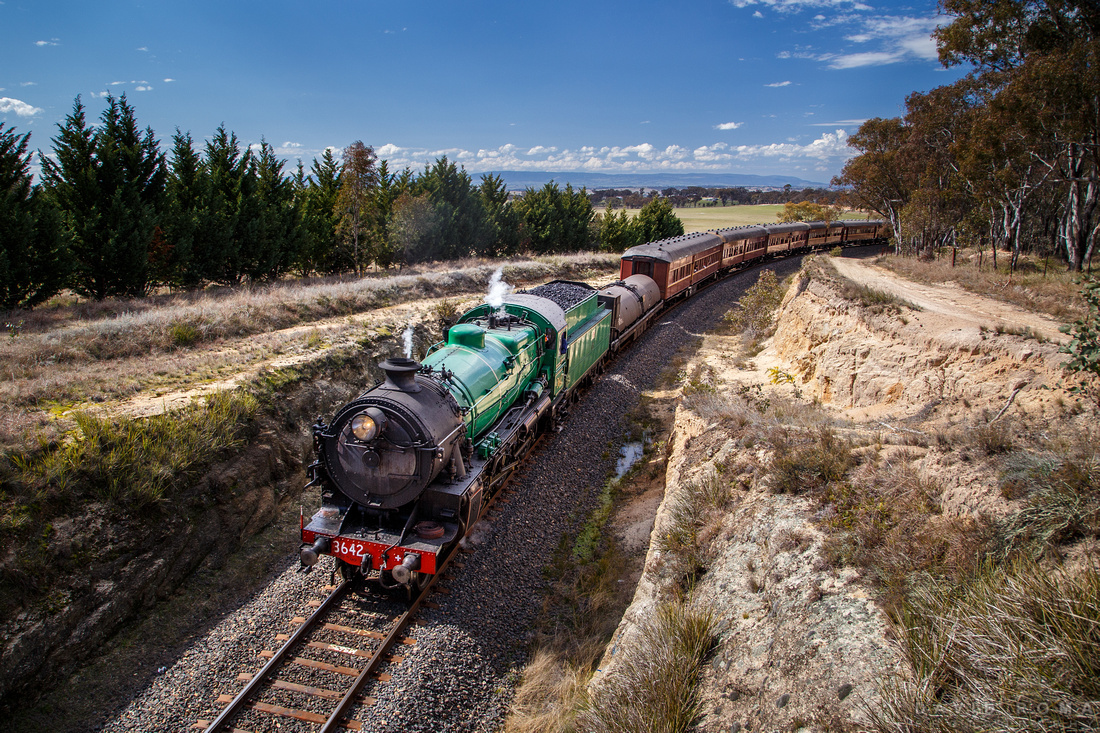 It was such a beautiful day on Saturday. Felt like spring had arrived early, so I thought I would enjoy a drive and a view of this historic train from the 1930's. It was a tad slower than I thought, so I had a good opportunity to talk to some of the locals also waiting on the bridge just near Wimbledon. Apparently there is a local Koala that lives the the trees just near here. I have never seen a Koala around this region so I might have to head back sometime and have a look.

Locomotive 3642 under Wimbleton bridge in black and white 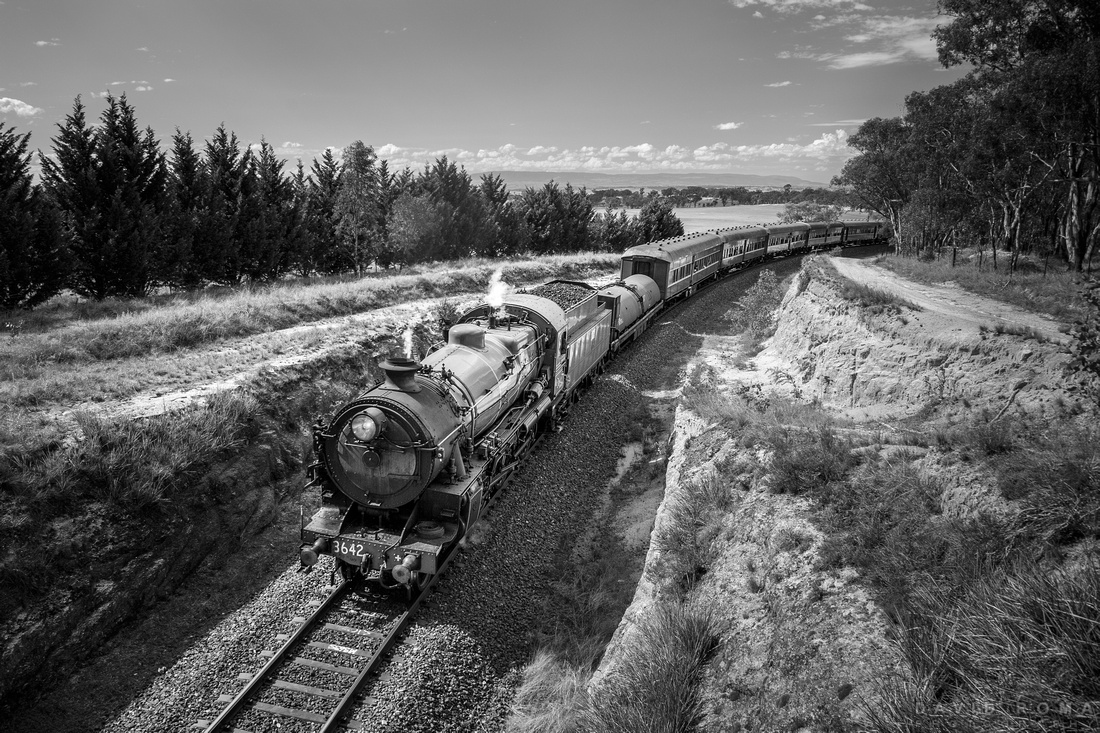 Old stuff always looks good in Black and White right? Would be interested to hear which one you prefer. Personally for this shot I prefer the colour, but for the remaining shots I have posted in B&W. Hope you enjoy. 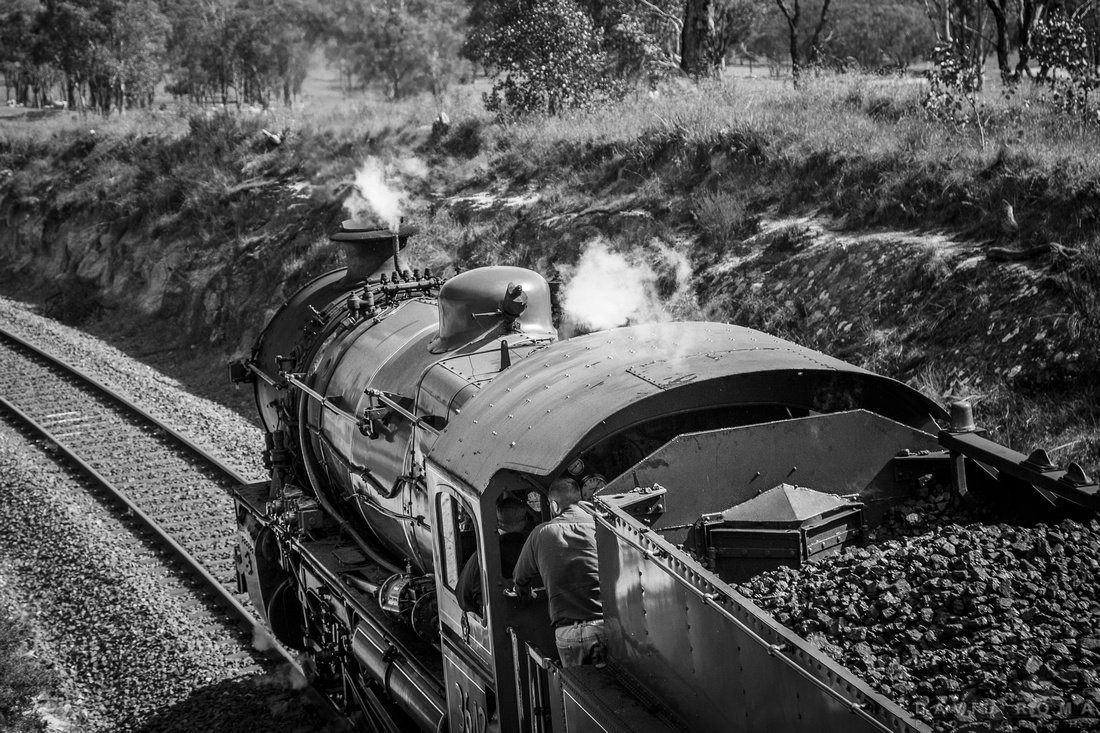 Now I am not a train person. I must say I was a little disappointed by the lack of steam.. There was a diesel engine on the back which I had heard was just to pull it back to Bathurst. But looking at this image it looks a bit suss. Like there is a little steam jet just behind the main chimney thing.. Is this a 'fake' engine? (clearly I know nothing about trains :) ) 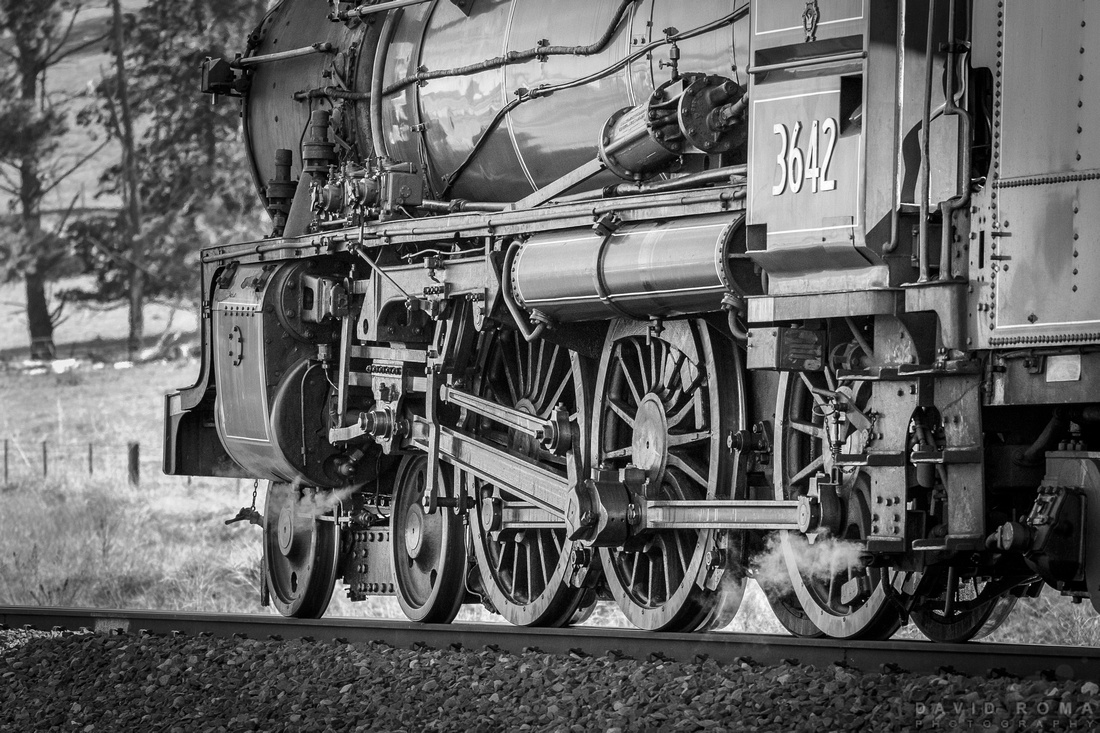 It was mesmerizing watching the way the wheels turned on this engine. Took this shot at 2000th of a second to freeze the action. 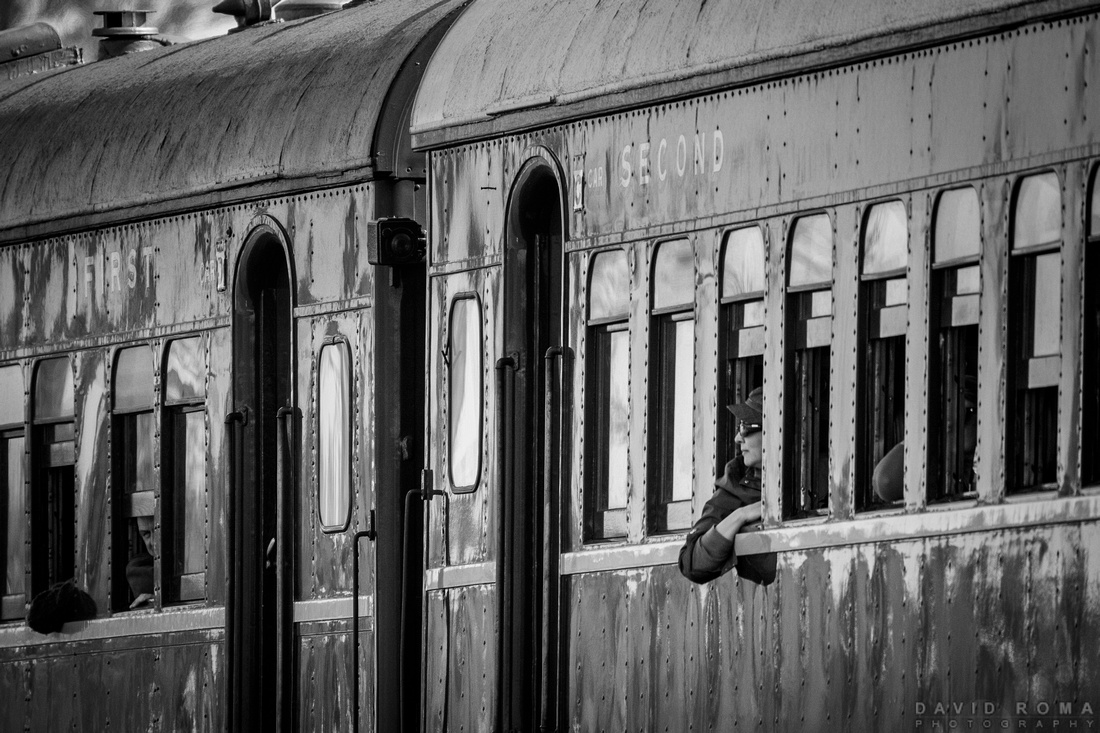 Nice scenery for a bit of a train trip in the second car. 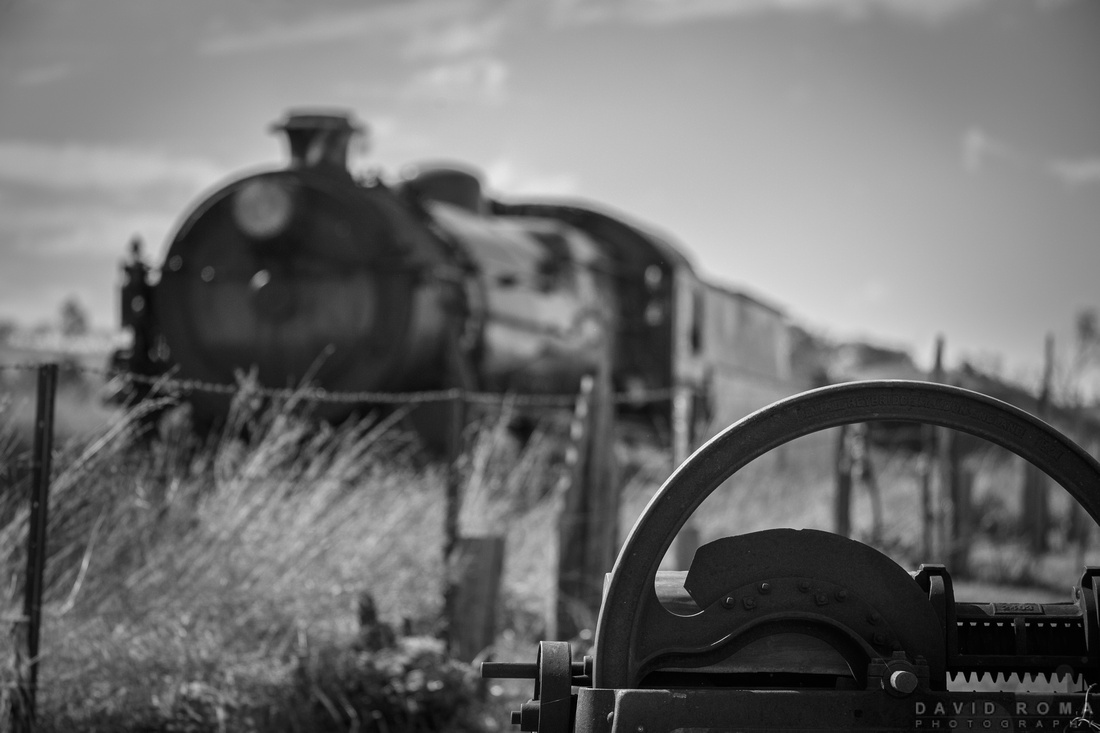 I thought I would go for something a little different and capture this old farm equipment (anyone know what it is?) while the Loco went past at Perthville.

Well that's it, hope you enjoyed. Always up for something a little different :)