The Glen Davis Shale Oil Works was a shale oil extraction plant in Glen Davis, New South Wales, Australia which operated from 1940 until 1952 and was the last oil-shale operation in Australia until the Stuart Oil Shale Project in the late 1990s. For the period of 1865–1952, it provided one fifth of the shale oil produced in Australia. 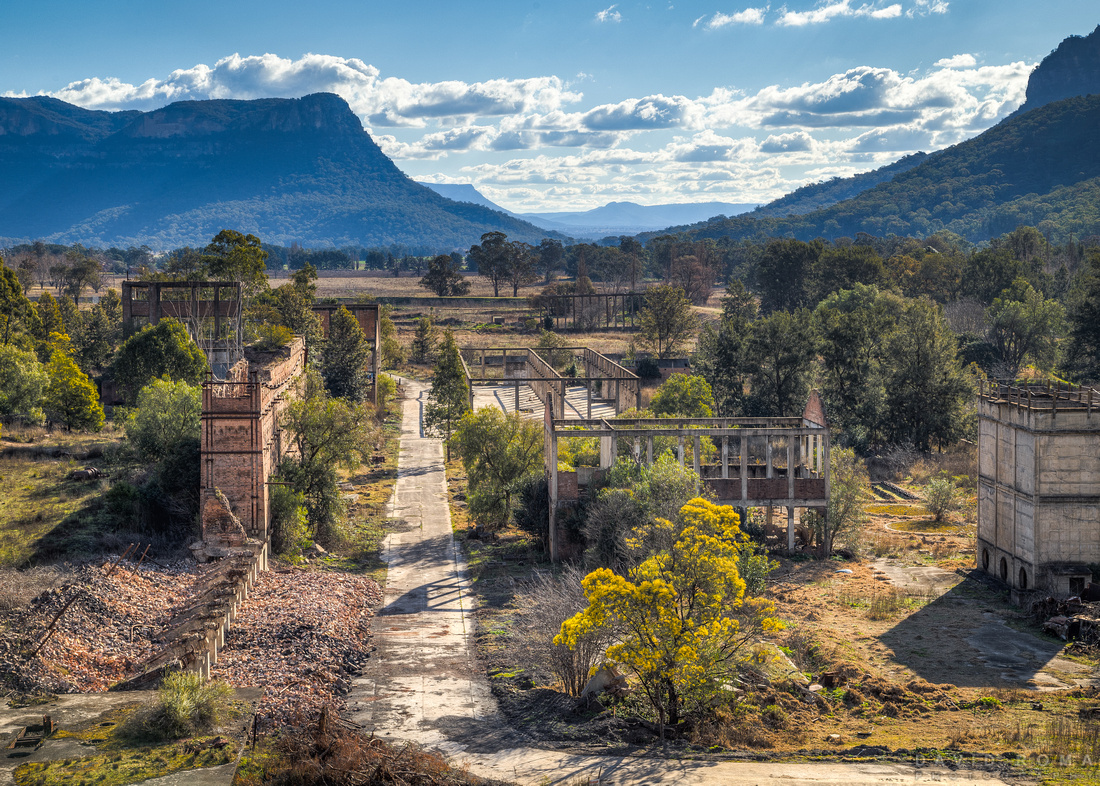 Wide angle view down the main road of the shale works showing its location in the Capertee Valley. The shale undergoes a number of treatments from its most crude form at this end of the works, to its most refined at the other end. 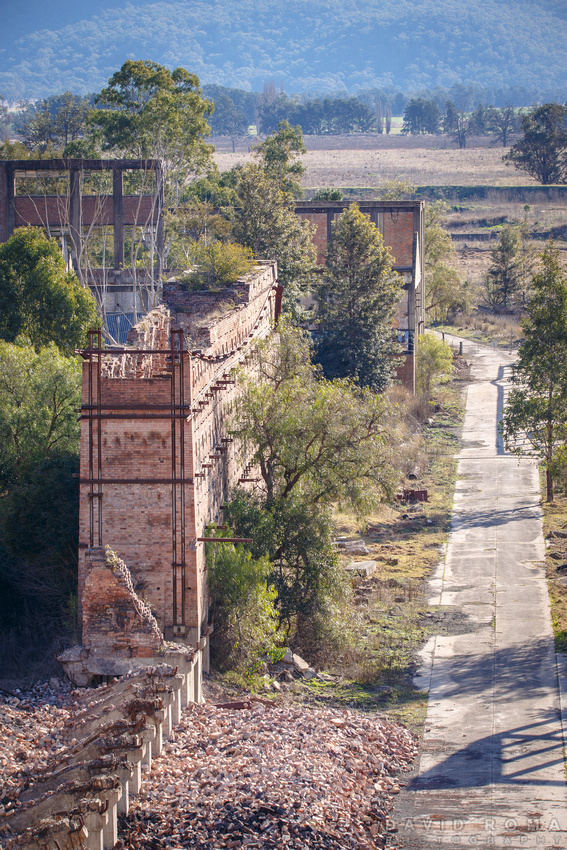 The towers on the left is where shale was fed through tubes and heated. I'm not sure why so many have fallen while the others look relatively fine.

This old truck obviously never made it out of the oil shale works when it was shut down. Would love to visit this place when there is better lighting. You need to arrange a tour, so its a bit tricky. Pretty cool looking beast, I went for an angle that shows it in its location. 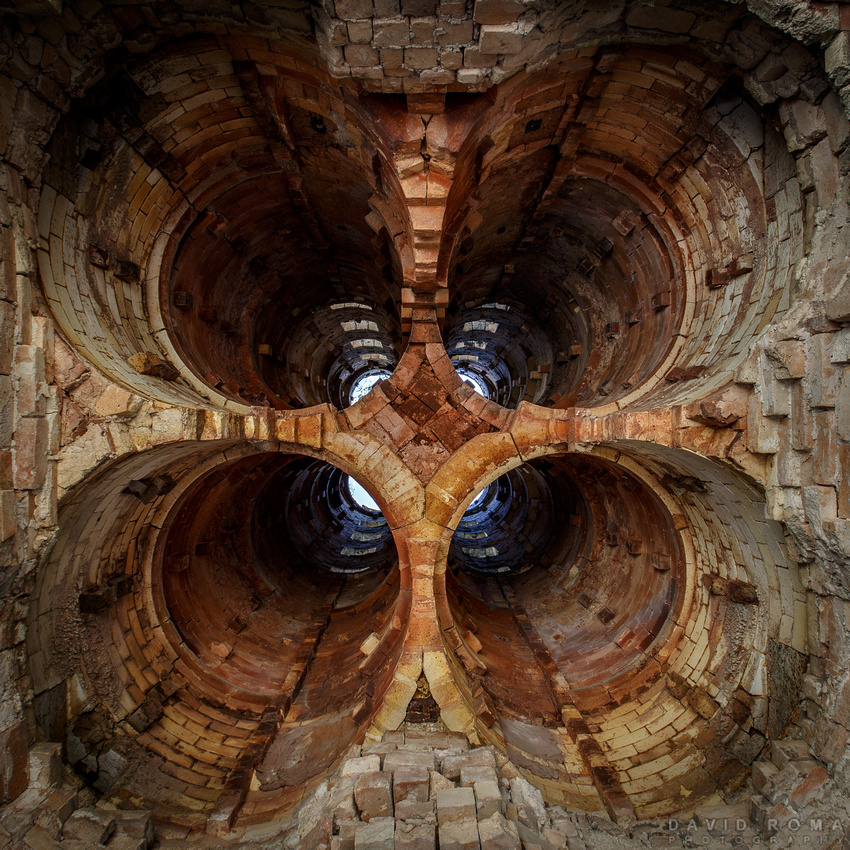 Looking up the firetubes in the retort towers where the shale was heated. It bugs me that i was not perfectly centered for this shot, but I didn't have long to get the image, and wasn't too keen on a brick to the head. 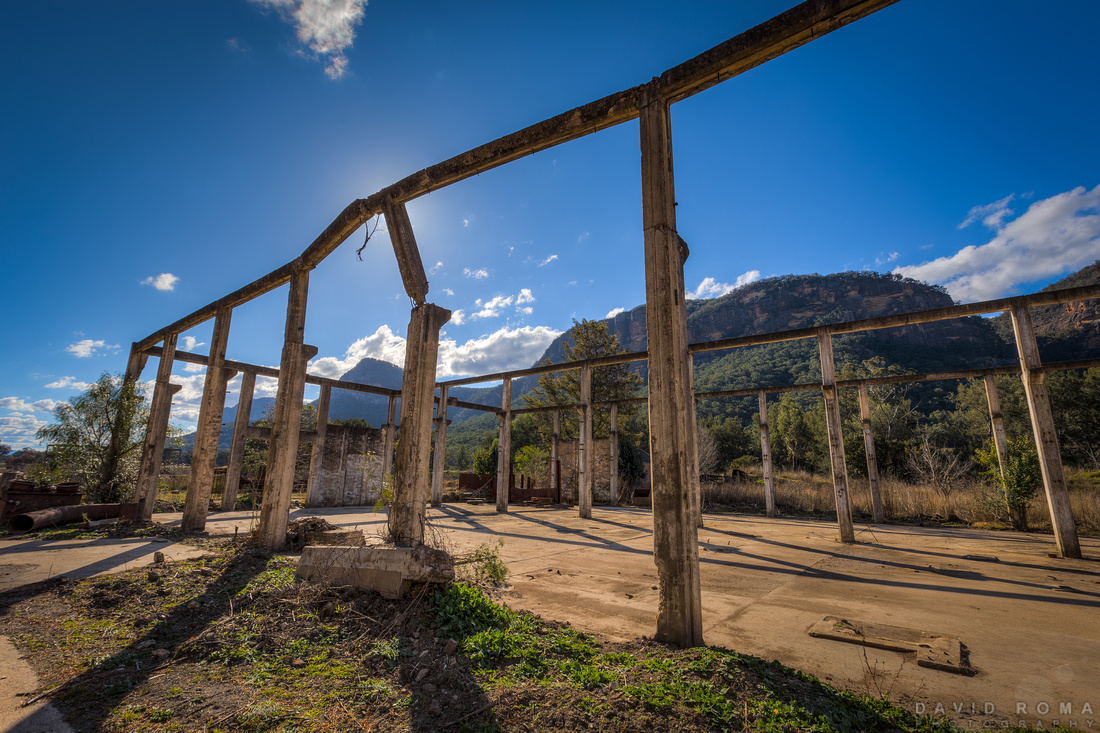 Build frame from the old warehouse. I positioned myself just in the shadow of the structure where its starting to break away. Looks like it was quite a big building.

Amazing view of the capertee valley from the old building in the ruins. I think this is one of my favorite shots that really captures the mood of this place. The scenery is studding, and the ruins really set it off. 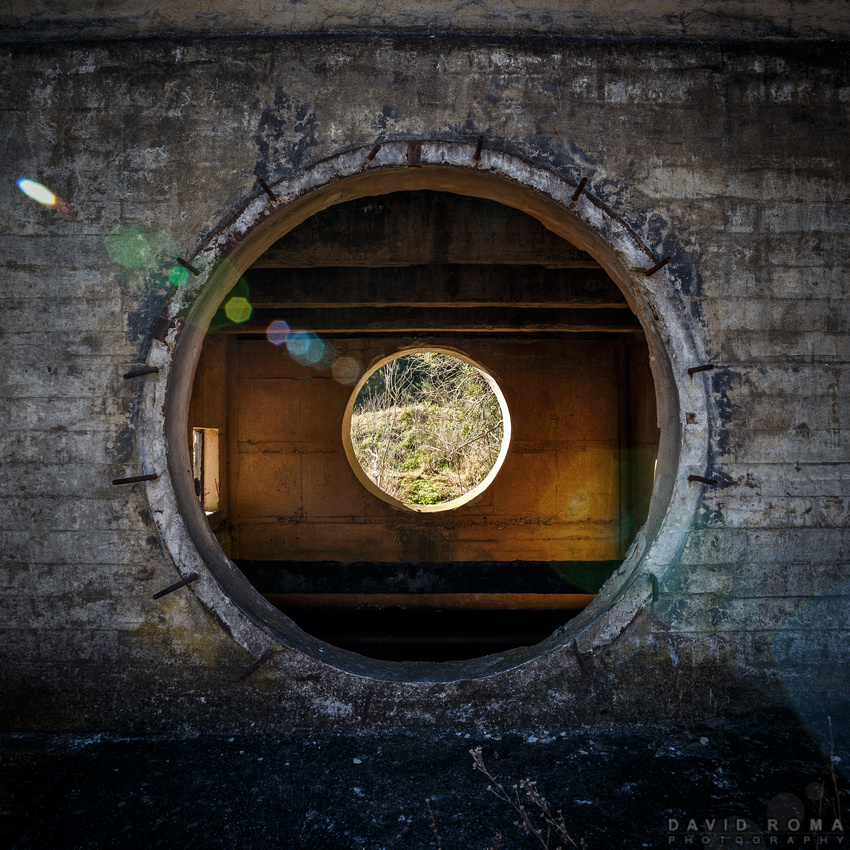 CircledLove the symmetry in this one of the cooling tower

Love the symmetry in this one of the cooling tower. So many circles in this shot, the lens flare really makes it I think. Hope you enjoyed this short tour of the Shale works. It was a a surreal experience visiting this place. I love abandoned spaces, and with the stunning backdrop makes this one particularly special.