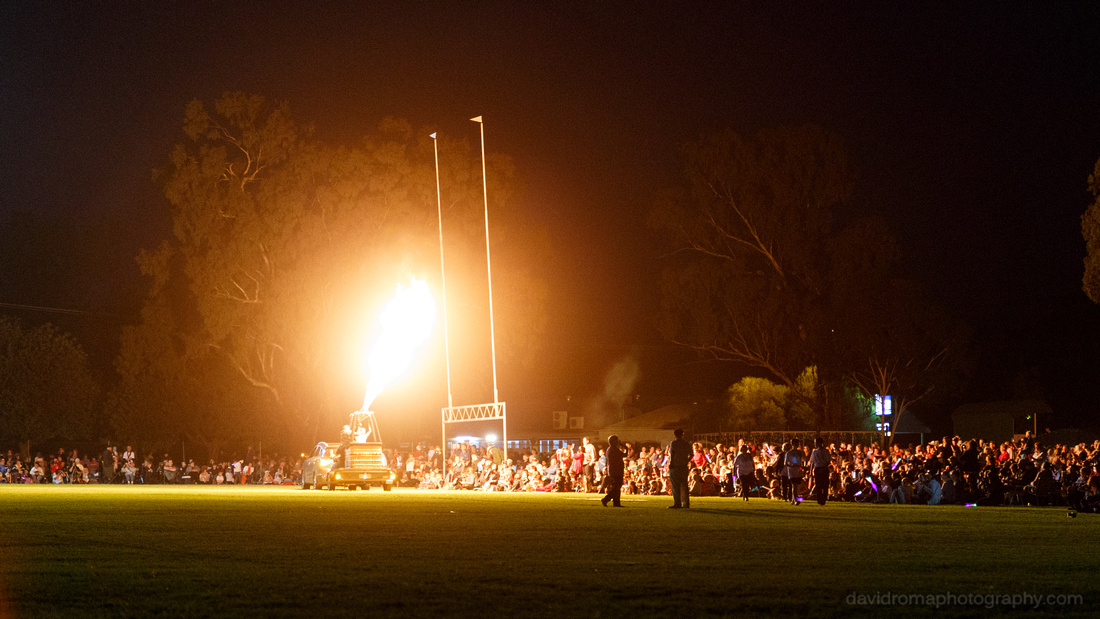 Before the glow, the baskets went around in front of the crowd firing their burners. On a cool night, it was well welcomed, amazing how much heat comes out of them. 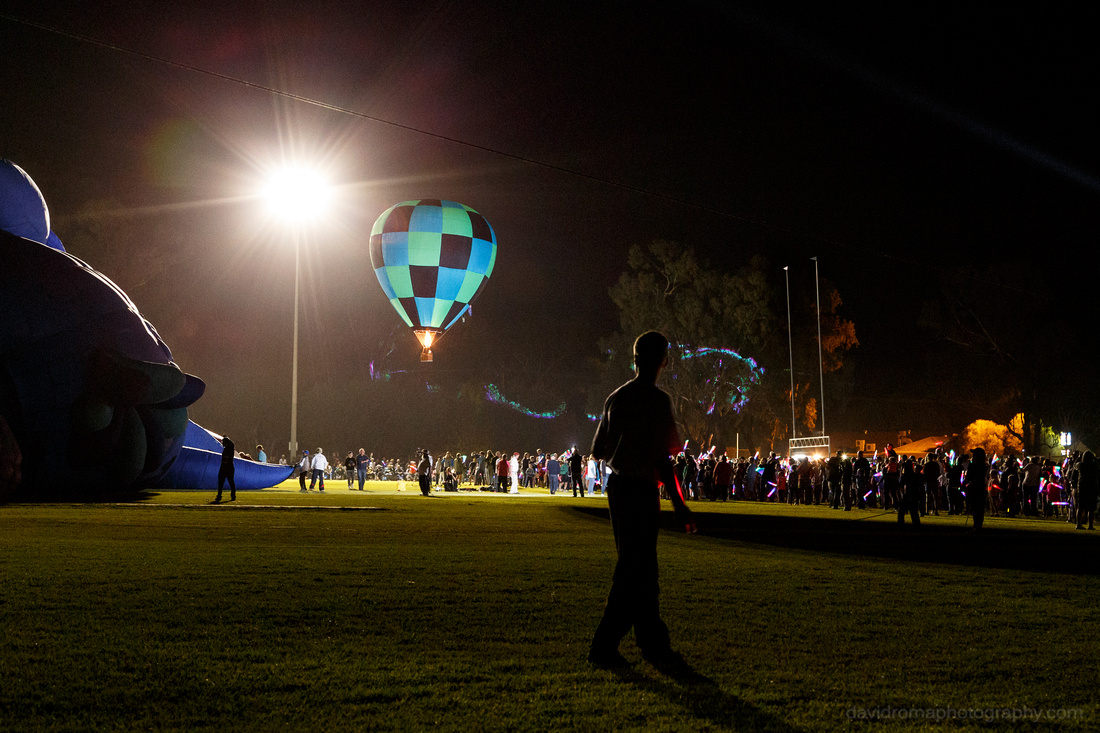 This shot gives a feeling of the event and just how many people attend. While I have been meaning to come for some time, its the first time I have actually made it out. Personally I really enjoyed it, thanks to everyone involved in putting it on. 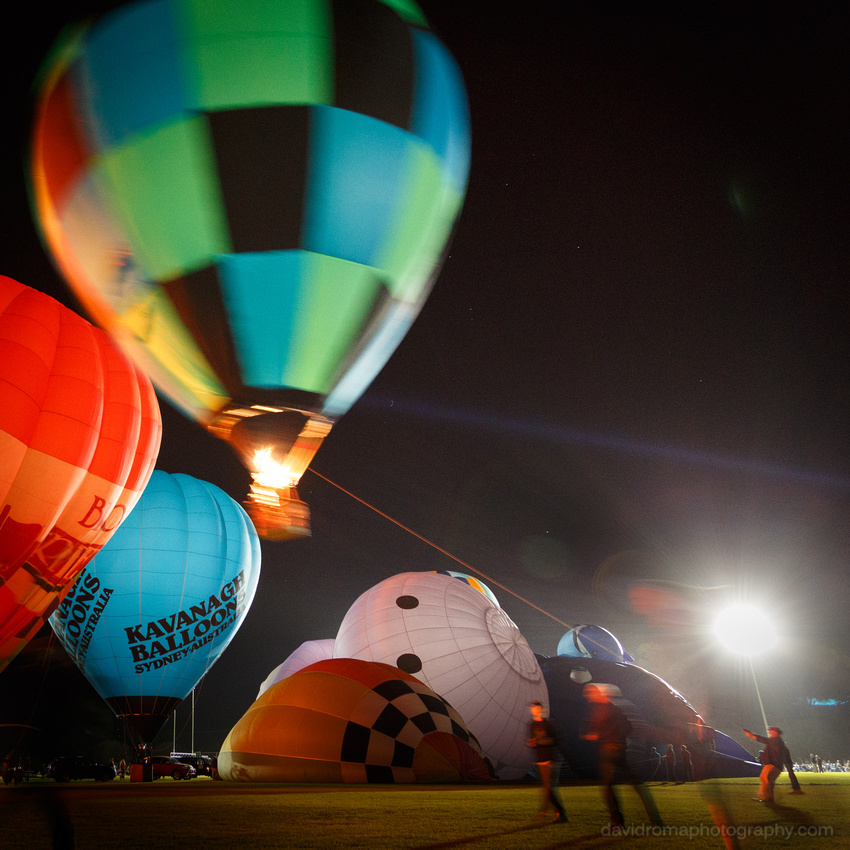 UPcanowindra balloon glow 2016. Pretty sure this is the guy from the disney movie up

Pretty sure this is the guy from the Disney movie UP. I love the movement in this half second exposure, really looks like he is struggling to keep it down. The little balloon had a Storm Trooper in the basket :) 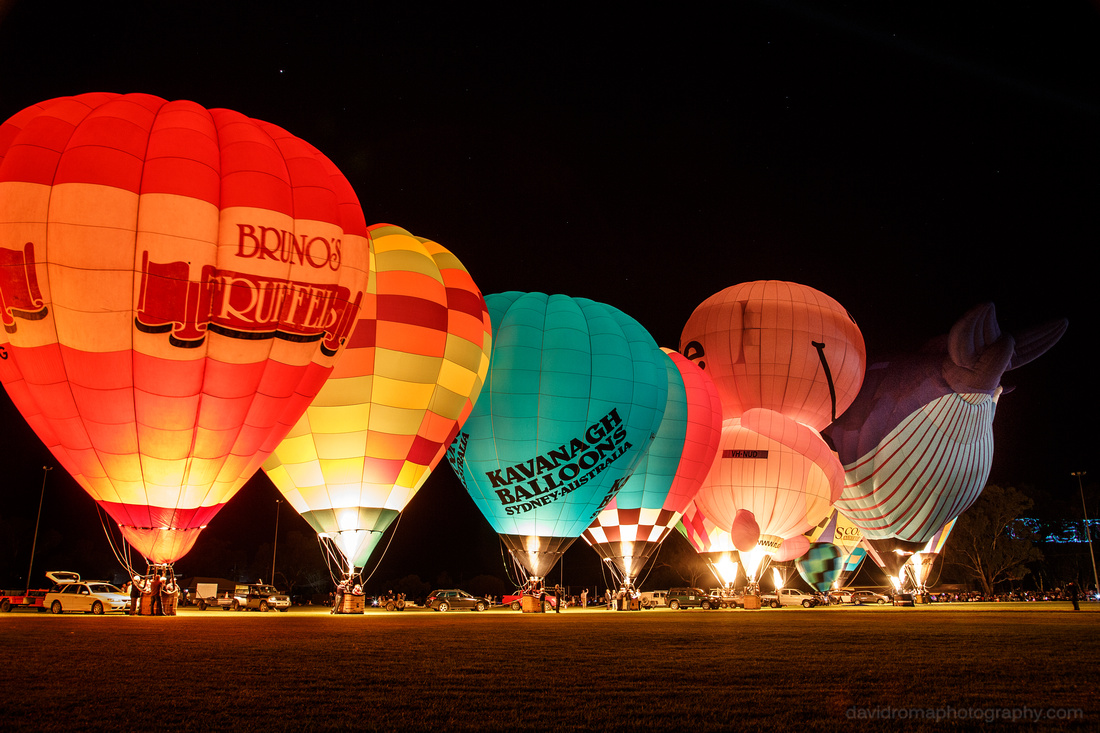 The big whale was pretty cool, you can the back of it in this shot, but it didn't glow very bright. 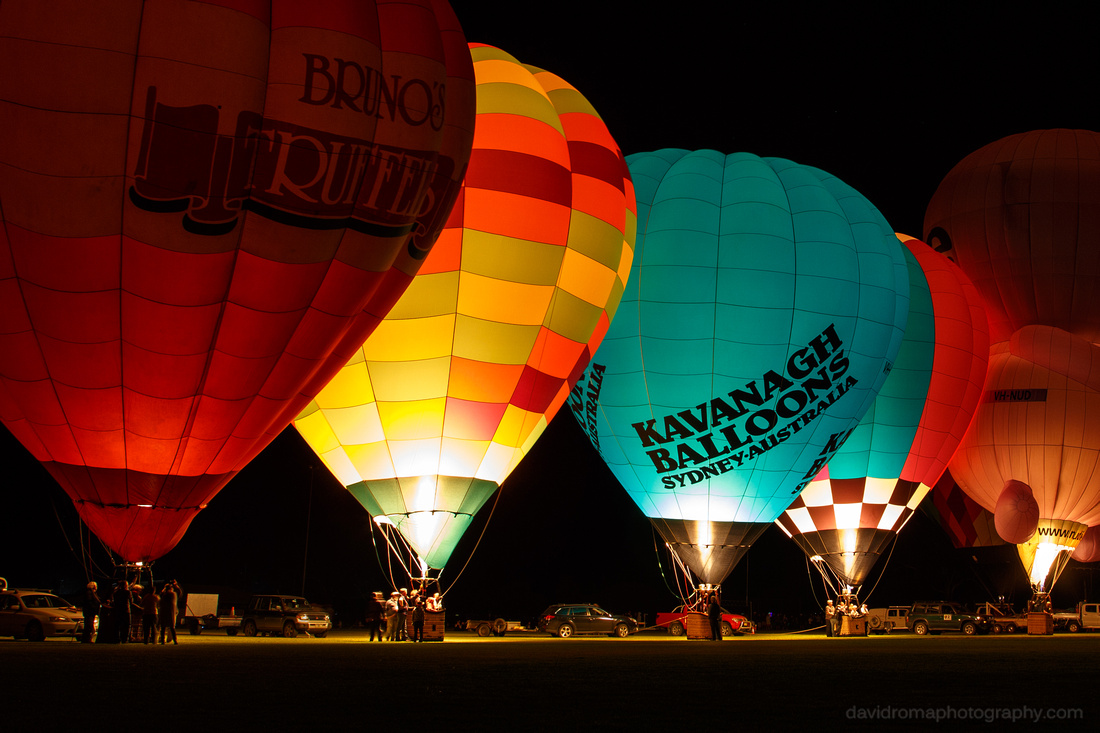 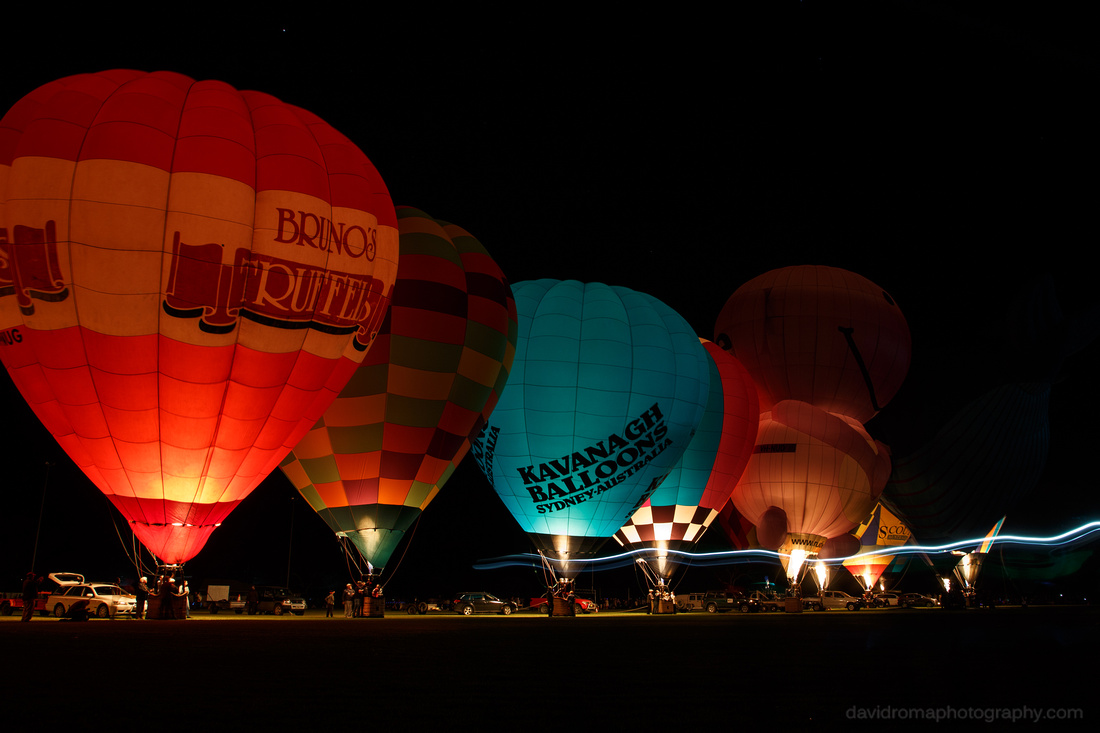 The Cool effect of some people walking past with their mobile phone light. Thought I would chuck it in there, also shows some nice variation in balloon brightness 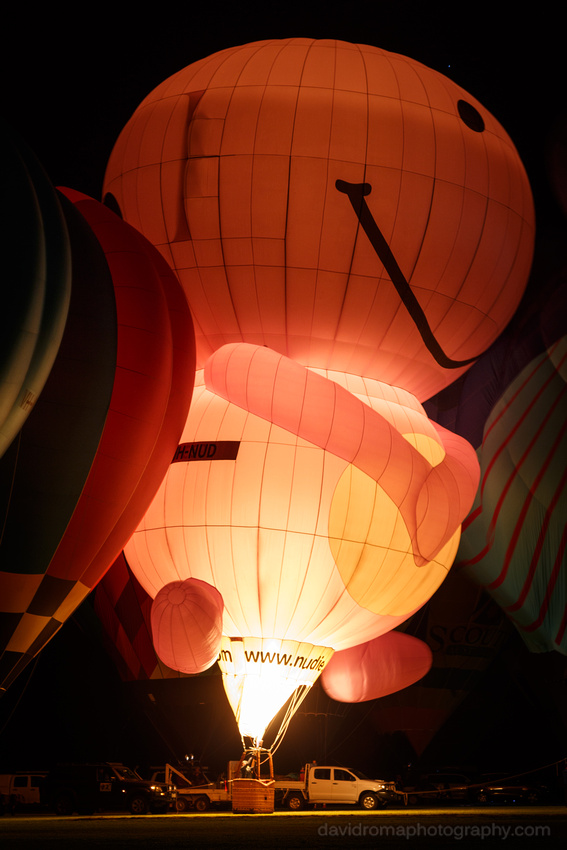 Nudie Juice right? At least he is covering up. I love the Aviation registration VH-NUD 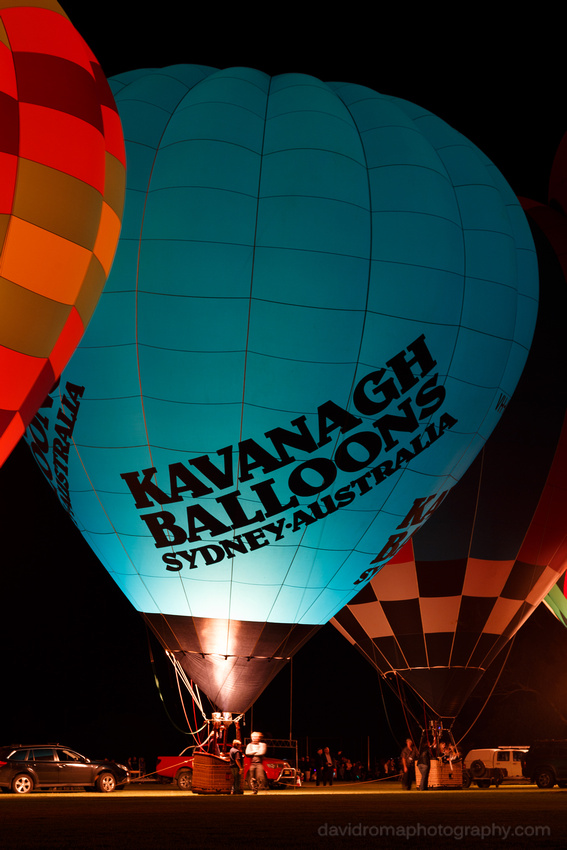 I think this was one of my favorite balloons. So simple, but there was something elegant about the way it lit up. 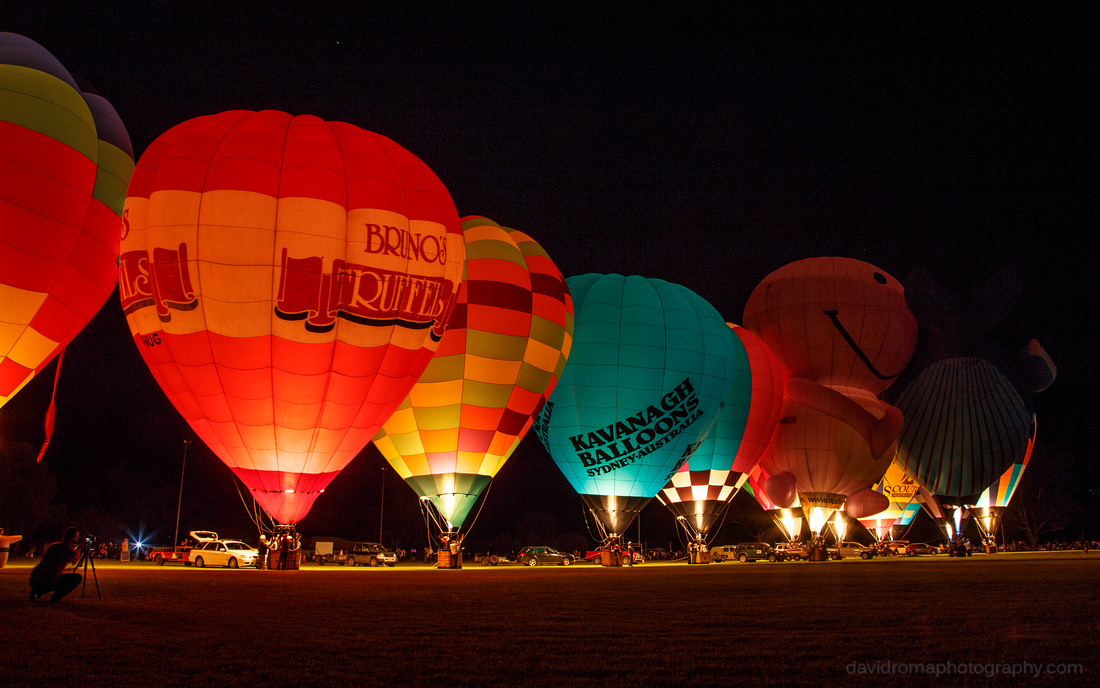 At the end of the show, All the balloons briefly lit up. A great site, I think the photographer in the foreground adds to this one :)