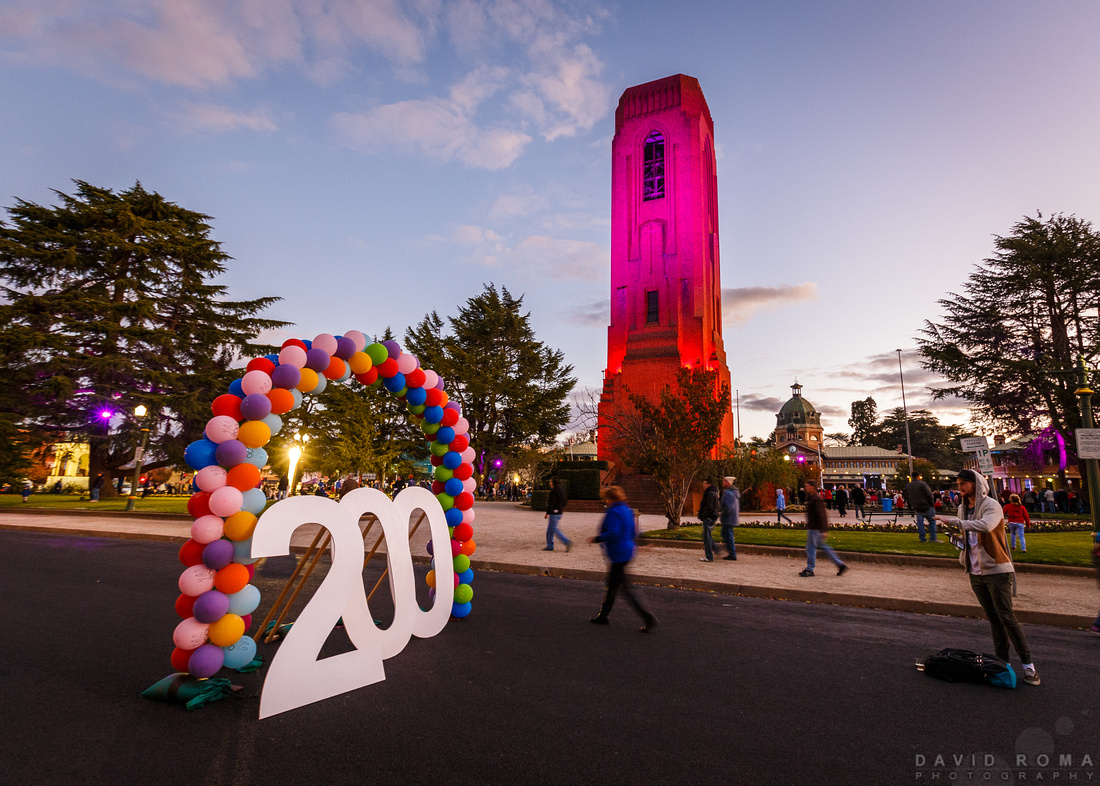 Well this year Bathurst turns 200 and what better way to celebrate then our very on Vivid festival. This is just a taste of the opening Illuminate Bathurst. The lights will still be on for another 10 days, and there will be 2 more similar events through out the year. 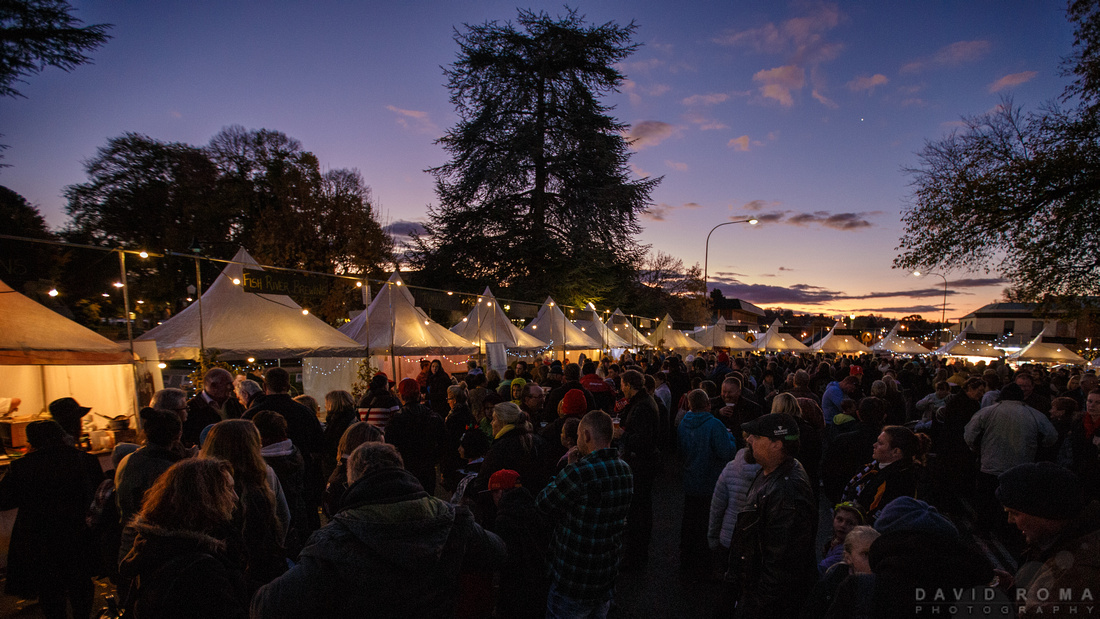 It was great to see the town getting behind the event with some of Bathurst's finest food and beverage specialists with stalls keeping the crowds fed throughout the night. This stuff was far from 'carny' food! Great stuff guys, really added to the event. 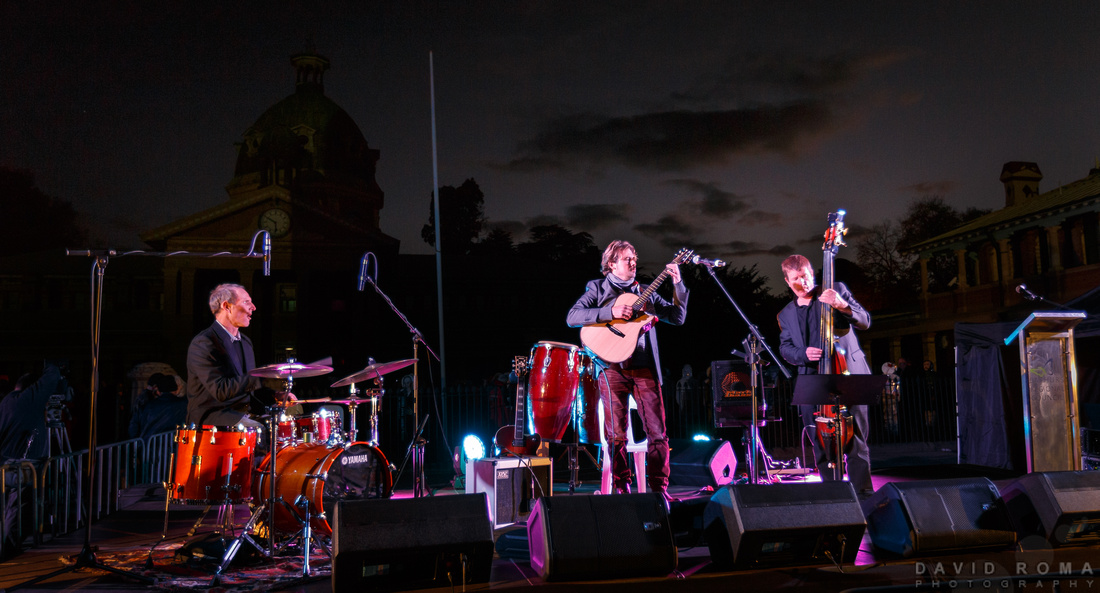 And what goes well with great food and fine wine... Amazing music of course. What a beautiful backdrop for such a mix of fantastic music. 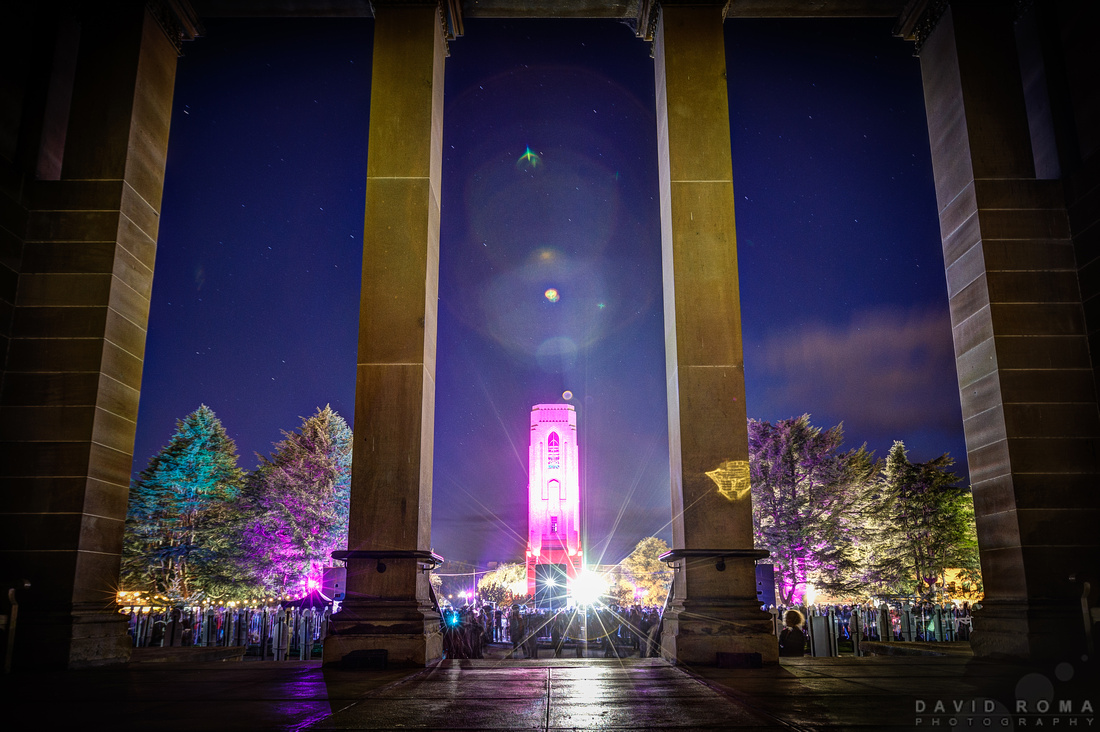 From the inside looking out. It was a great perspective at the doors of the courthouse looking out at those massive crowds. I was really impressed with the turnout. Nothing like a camera bag as a makeshift tripod! It was such a weird reflection/lens flare on the column, looks like a little elf or something. 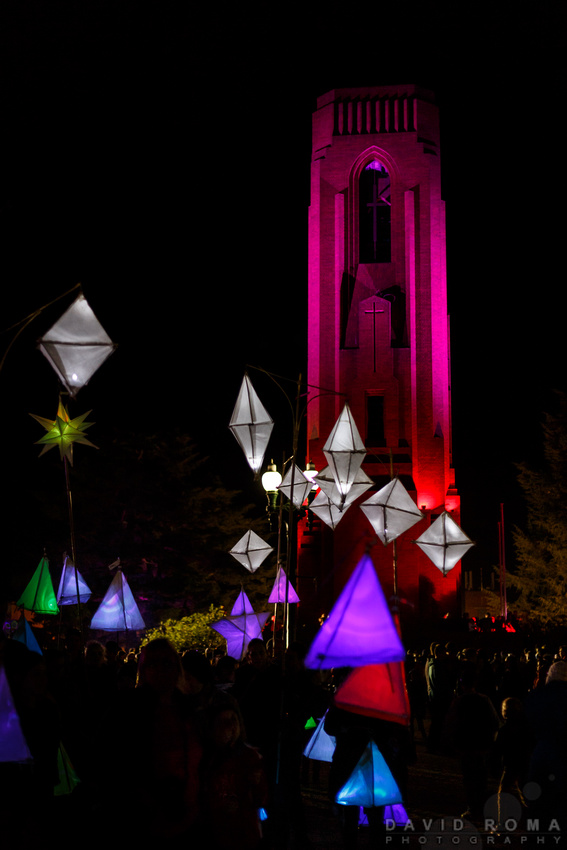 By far my highlight of the event were the spectacular lanterns created by locals and paraded through the crowds. Everyone was very respectful and there were many proud parents taking photos as they went past. Certainly tricky to get a good photo of, but I was very happy with how this one turned out. The mighty nifty 50 saves the day. By far the cheapest lens in my kit, it still gets use. Whenever anyone asks me for advice on what lens to get when starting out, this is always it. 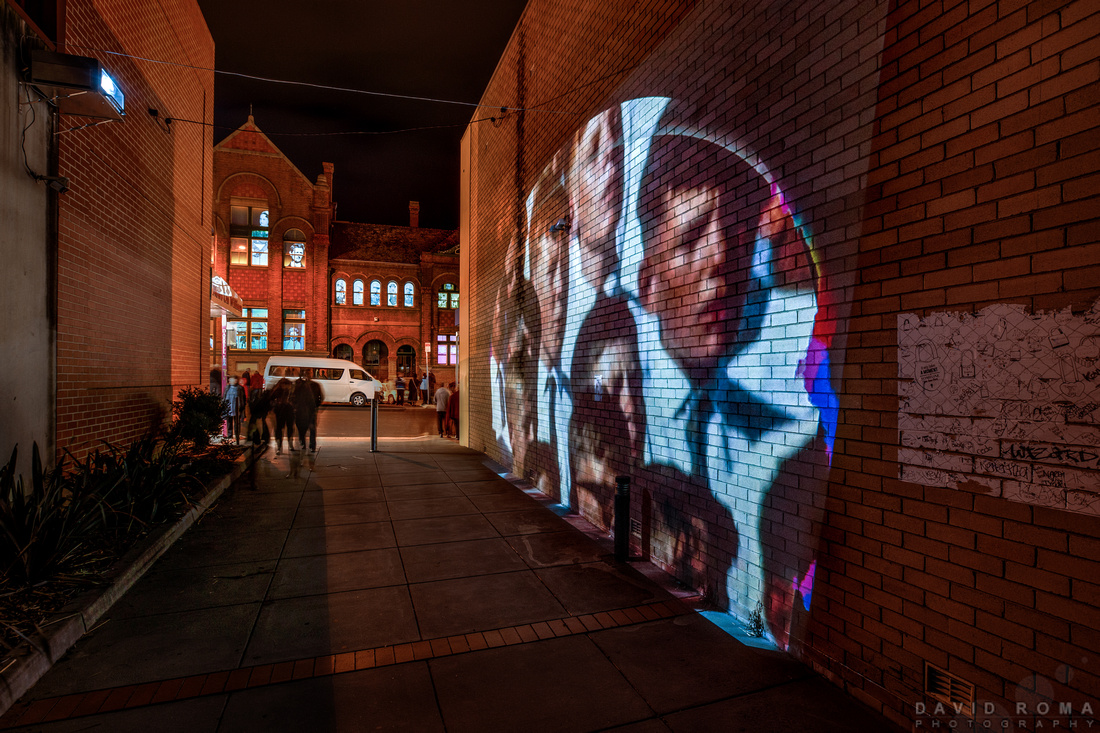 Off the beaten track, some of the local alley ways were also given a treat. This was an interactive display in the foreground with some historic faces looking out the windows of the old tafe building in the background. Im not sure if the project was in the van, but it certainly was unfortunatly parked! I had got my tripod out by this stage, so the quality is dramatically improved as i could run longer exposures and lower ISO. 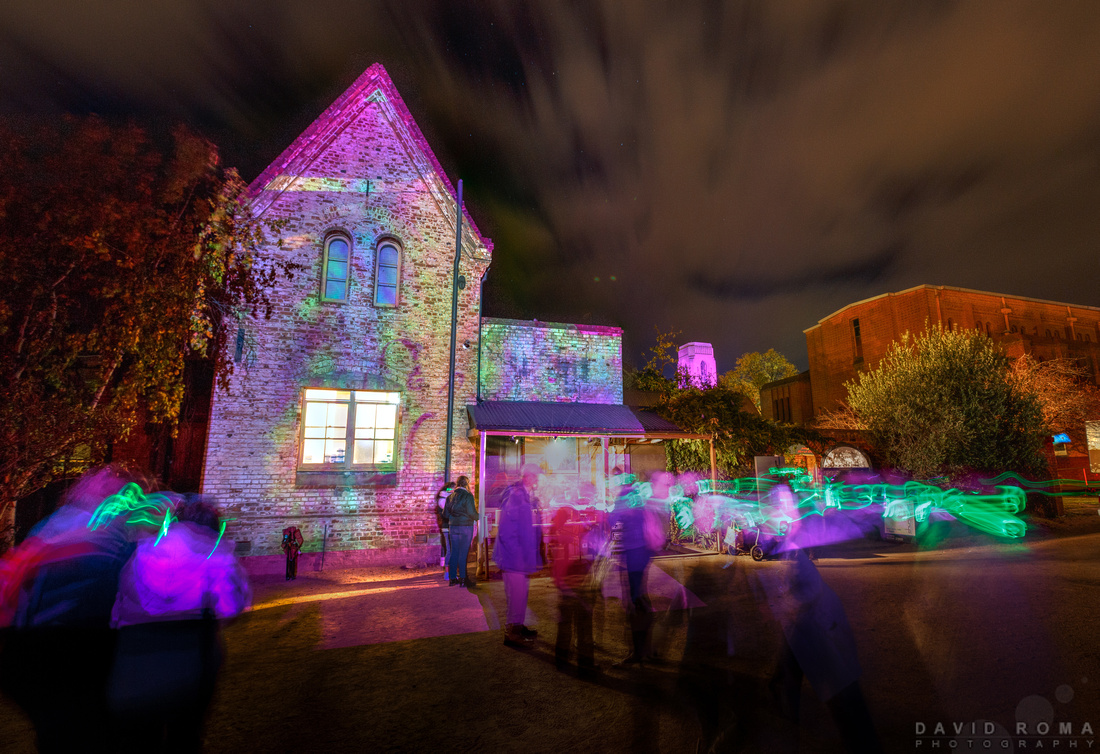 What's that? I can't hear you... It was great seeing these people go off to the silent disco. A pretty nice projection on the side of the church bar kinda felt like a haunted house. This is a nice long exposure so you can see the glowing headphones moving around while people dance about. 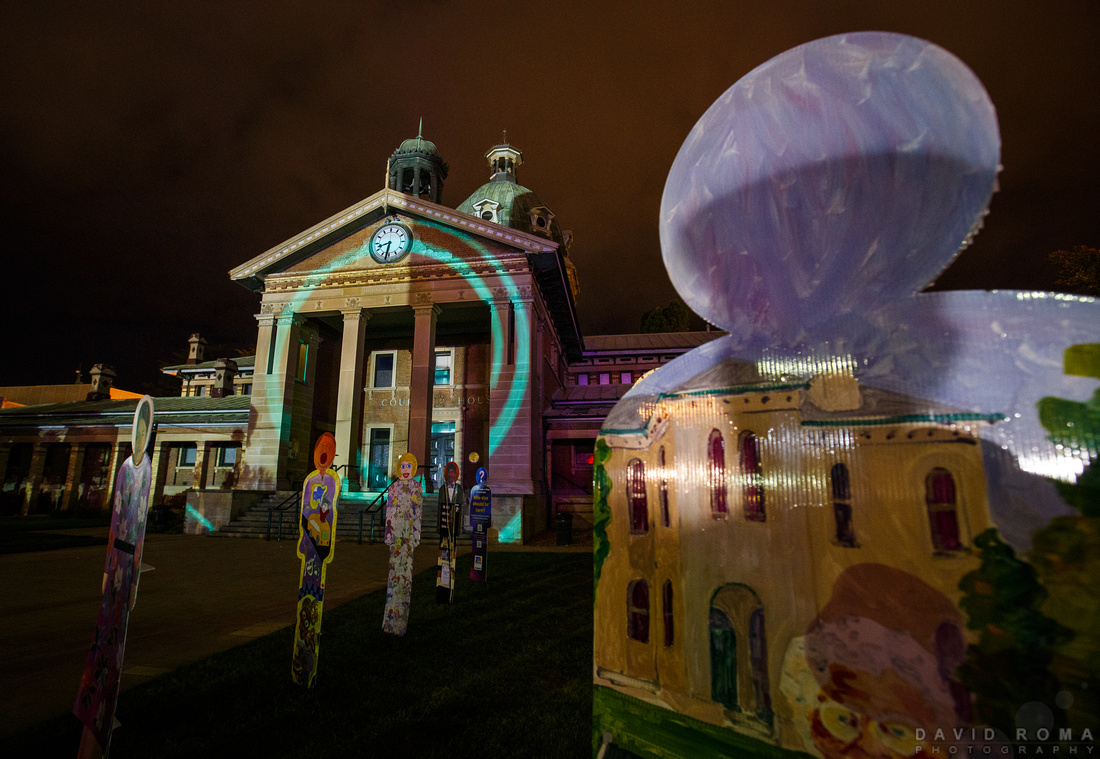 Finally A shot of the Courthouse from in among the peoplescape. Given that the illumination of the courthouse was marketed as the main event, I felt sorry for all the people that had traveled so far to see it, because, while good, it was disappointing. The floodlights were left on due to security reasons, which is fair enough. But they were only using the center projector on the middle of the building. There is a lot more to the show as on thursday night I saw them configuring projectors for the side of the main dome. I can only assume there were technical issues getting it all set up in time, which is a shame because thats what the 000's of people were there to see. I have focused on the event as a whole and will share some shots of the main illumination when they get the lighting all sorted, so stay tuned.....

Overall this was a fantastic event. A big congratulations to the Bathurst200 team and all that were involved in putting this together. I look forward to heading down during the week and getting some shots of the full show when it's not so busy. It was great seeing the town so alive and busy, I hope that we see more events like this in the future.

Update: In all its glory!

So after the bulb was replaced at 9pm on a cold Autumn night (cough, winter) I found prime position and took a bunch of shots from dead center of the bathurst Court House. This image is a blend of two shots, a long exposure to get the clouds and stars in the sky and a quite short exposure to get the individual projection rather then a big blur of light. It's a very difficult scene to capture in all its glory. There were so many cool projections, it was hard to pic just one. I think this one really emphasizes the architecture (plus it was a bright one so the quality is better:) ). The show runs till Sunday so do yourself a favour and check it out! :) 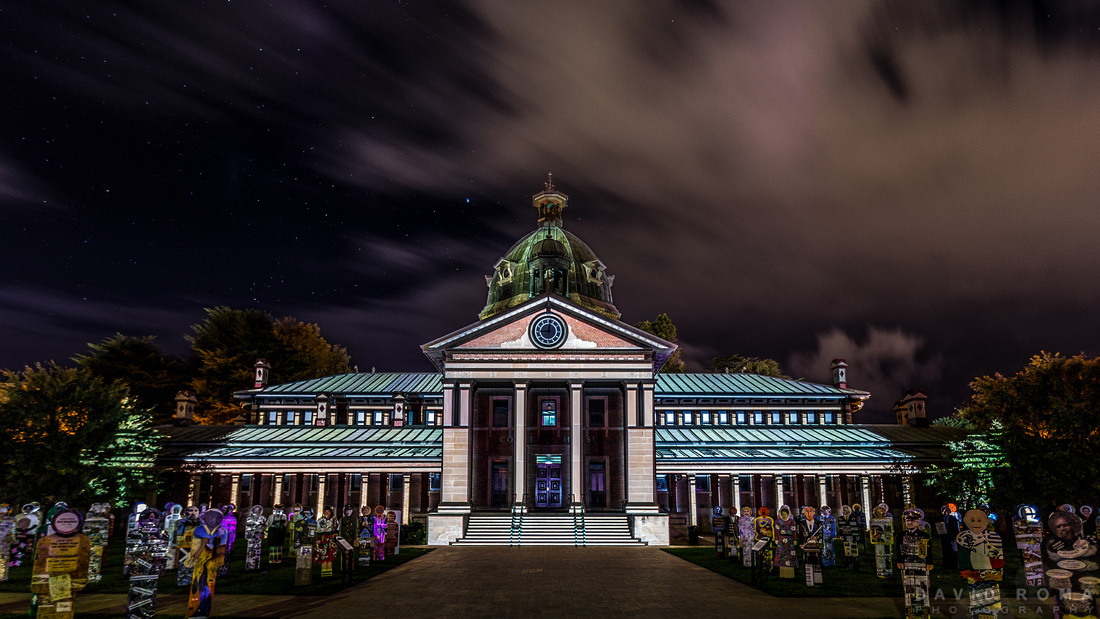 You can see the full show in a HD video I uploaded to youtube here: