Autumn begins with a bang at Pulpit Rock 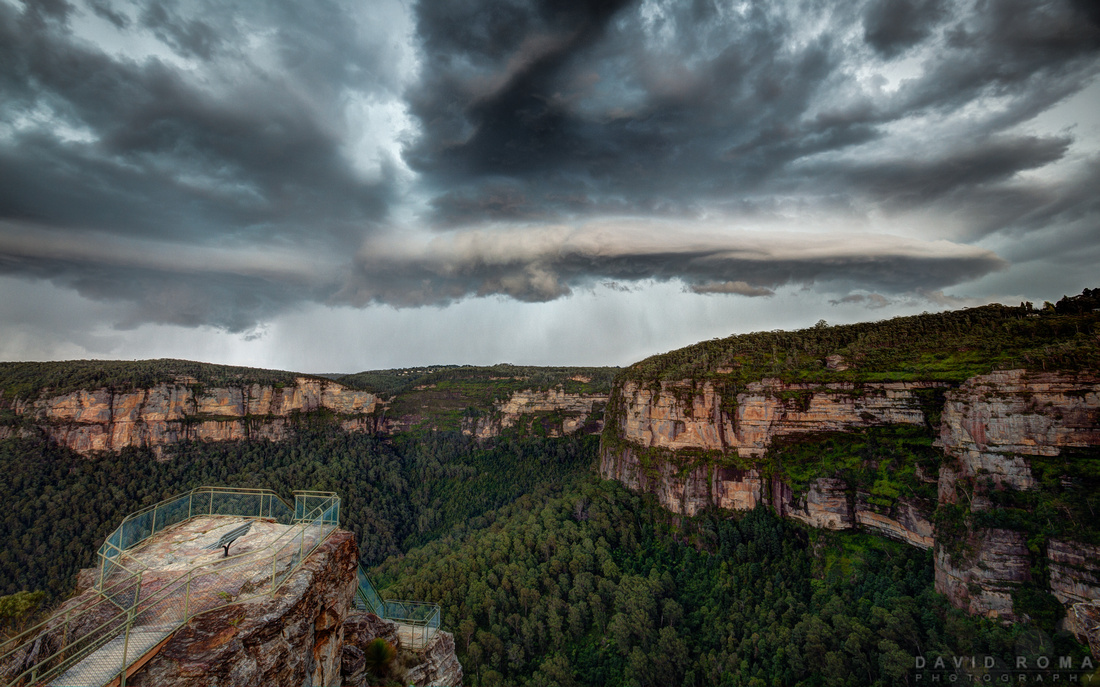 Autumn begins with a bang at Pulpit RockPhoto of amazing storm cell passing right over me at Pulpit Rock on the first day of Autumn.

Well, what a great experience. I was out at this lookout for a few hours and was able to watch this storm cell form from virtually nothing, roll right over the top of me and diffuse in the north. This shot was taken about 10mins before this storm hit. And hit it did. I was down taking photos from the chair when the big rain drops started hitting. I grabbed my gear and quickly retreated to a nearby cave. Just in time the wind was cranking, and it was pouring rain. I think the temperature dropped about 10 degrees in minutes and I have never seen such intense rain and wind so close to a cliff.. Rain was shooting up out of the valley at crazy speed. I was so grateful for that cave, my umbrella would not have done a thing in retrospect. After about 30mins the rain stopped and I was able to venture out and grab a few more shots as the sun came out and lit half the valley while the other half was covered in black cloud. I got some nice shots which I will share sometime soon. Well if you got to the end of this novel, I'm impressed.

Hope your week is off to a good start!