The fastest speed of many cameras is around 2000th of a second. Even if you did manage to time this right, that is still too slow to avoid seeing motion blur in this kind of fast moving subject. What you are seeing here is actually a 2 second exposure in a dark room where the only light the camera picks up is from two flashes firing on their lowest (fastest) power setting (1/128) which is ~24000th of a second.

Just out of frame where most of the splash is, I have a flash pointing down from the roof which is attached to my triggertrap sensor which is listening for the sound of a balloon popping. Triggertrap is an attachment that connects to your phone to use its sensors as a trigger for your flash (or camera). For this shot it is set to sound mode with the threshold just high enough so the sound of the shutter opening on the camera doesn't set it off, but just about any other sound does.

I press the shutter button, quickly (and quietly move into position) and throw the dart at the balloon (which I can't really see because its so dark). All goes well, the shutter is open, I hit my target, the flash fires (and so does my fill flash in slave mode) and the magical moment is captured forever.

The balloon full of water was attached to some strong elastic which promptly bounces out of place before the image is captured so it looks as if everything is suspended in mid air. Just make sure your camera gear is well out of the way of the impending splash!

I have found Triggertrap to be too slow for many applications (like this one) when connected to the camera. In order to capture high speed objects you really need to connect directly into a flash. The sound and vibration sensors are amazingly sensitive. a sneeze in the next room, walking to heavily, the sound of the camera shutter, all set it off. Probably has some good home security applications ;)

The motion sensor seems ok for slower moving applications, but obviously needs light, and was not sensitive enough to track a golf club swinging right past it.. The sound sensor on the other hand was triggered by the whoosh of the club through the air. If anyone has any ideas on how I might use Triggertrap to capture the compression of a golf ball as the club hits it, I would love to hear them. I haven't found a setup consistent enough to get this exact moment. I might need a laser trigger for this little application.

Here are some other shots taken with the same technique. Enjoy! :) 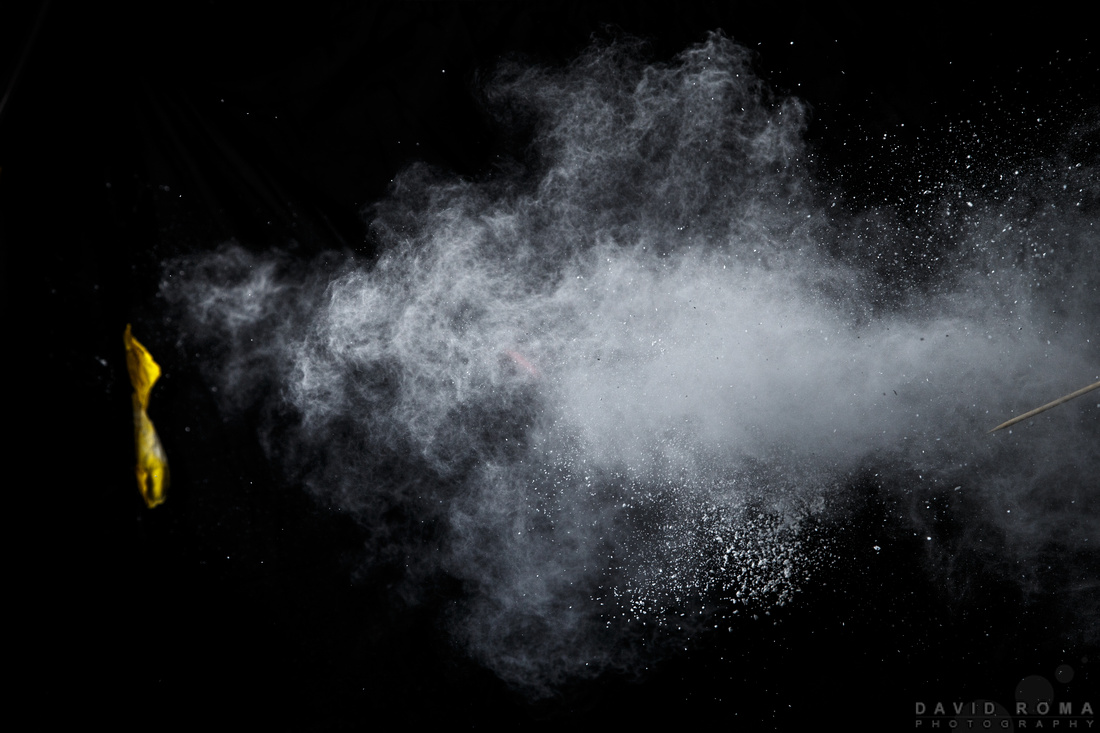 dennis(non-registered)
i was curious what phone were you using for triggering your flash.
here i have a android system and its no where near fast enough to trigger for a photo like this...
triggertrap even says on their site that normal connection thru camera is not fast enough.